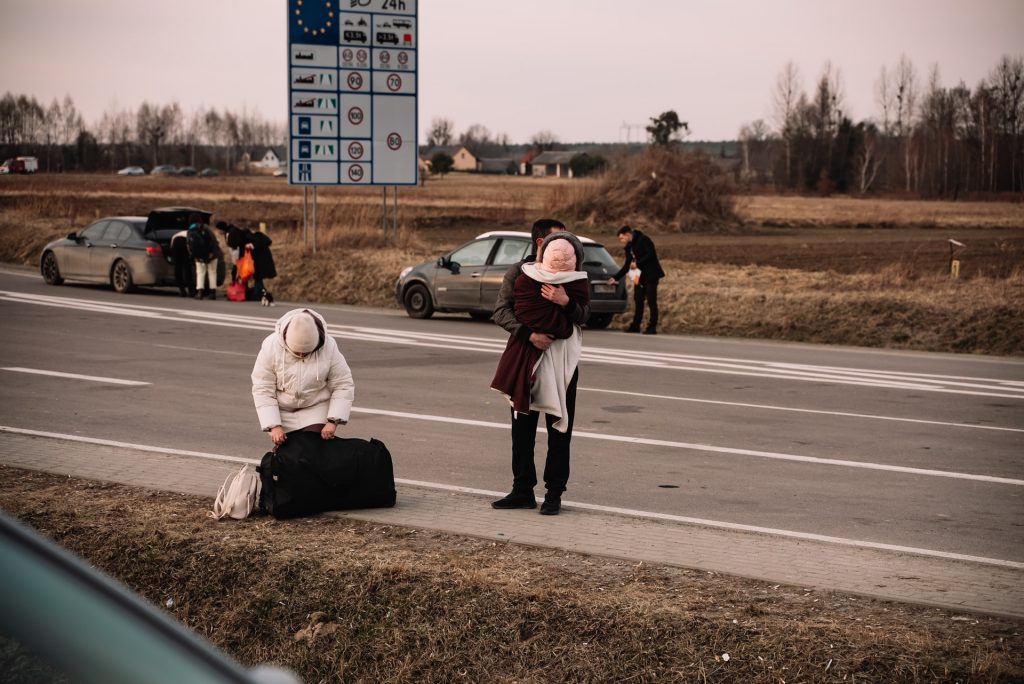 The atrocious situation in Ukraine has brought the awful plight of refugees close to home. These are people from Central and Eastern Europe that are being displaced by Russian military intervention. Nearly 4m people have been displaced, either internally in Ukraine or to neighbouring countries. The response of the British public has been magnificent, with many offering accommodation through the Homes for Ukraine scheme.

It would be wonderful if the process of connecting displaced persons with a safe refuge home could happen quickly. So far, only 2,700 visas have been issued to come to the UK, with just over 1,000 safely arriving. Nearly 60,000 Ukrainians have applied to come to the UK. But the world can be far more complex than headlines sometimes portray.

The scourge of human trafficking blooms in situations of conflict, mass movement of people, desperation, and where former rules around transit of people break down. I’ve spent many years supporting the abolition of the modern slave trade. I spent two years heading up an anti-human tracking awareness group. Traffickers prowl the border crossings offering false hope to desperate people. People fleeing for their lives can be so desperate that they will listen to plausible offers of rescue, not realising the consequences until far too late. Genuine kind-hearted individuals may update Facebook posts offering a safe home. They are made with the best of intentions and would be totally genuine. However, those with far darker purposes can replicate similar messages with the nefarious intent of trafficking persons into the sex trade or forced labour. These evil intents make my blood boil. It is so unjust.

There can be delays in sanctioning visas for other reasons. Clearly those arriving need to be placed into a safe family context. As soon as you consider the needs of children and the vulnerable, the whole panoply of safeguarding rears its head. Quite rightly, we need to ensure the vulnerable are safeguarded from harm. To undertake this requires background checks, which I know from personal experience can take time. I’ve worked with children and vulnerable adults for many years. When I was appointed to be CEO at Restore York, I had to undertake an enhanced DBS check (all was 100% clear), which took several months (partly due to documents being lost).

I recently attended the Westminster Social Policy Forum where the focus continued to be on the reduction of rough sleepers. I totally agree that this is a number one priority in reducing homelessness in the UK, as those living on the streets are at the highest risk. But rough sleeping cannot be the sole definition of homelessness. Those who sofa surf, those in temporary accommodation, those in hotels and Bed & Breakfast for extended periods are also at risk. Those being released from prisons, some released from hospital care, those struggling with addictions, those fleeing domestic violence, those who are bereaved but not on the tenancy agreement; these are all groups at high risk of becoming homeless.

Combatting the scourge of homelessness is the DNA of Restore York. That’s why I moved 200 miles to be part of the solution. I love York. It is a beautiful city. But I did not move to find a better quality of life. I moved because I believe passionately in helping those in less fortunate situations. I experienced a brief period of being homeless (albeit in the relative luxury of B&B accommodation), but that experience transformed me forever. My role as CEO may look grand, but I am not seeking career advancement. I want to be a leader servant to my team and those who seek to make a difference to the lives of vulnerable people, whom others may ignore.

Recently I was chatting with a resident who has made amazing strides forward in his life. Is everything sorted? No. But, is there hope the future will be better than the past? Definitely. He has recently moved into his own rental accommodation. This is an aspiration that was impossible a year ago, but is now reality. At Restore York we want to journey long with our residents. It’s not just providing a roof over a head and claiming a statistic that we have reduced homelessness. It is the holistic wellbeing of an individual that they feel valued and have dignity. Our desire is to enable sustainable independent living in local communities with the right level of support. Some need less support; others need a lot. Restore York seeks to provide the right balance.

Returning to Ukrainian refugees, Restore York is seeking to work in partnership with church groups and other bodies to be part of the overall solution. We are having to change the operational models we work with to accommodate new solutions. These are exciting times. These are challenging times.

We also continue to have a heart to help those already in the UK from Afghanistan, Eritrea, Syria, Yemen, and many other complex areas across the world, for whom the UK can be a safe refuge.

As a Christian based charity, we always need to reference our work with that of Jesus Christ. I am minded that Jesus was a refugee in the first two years of his life, having to flee to Egypt due to persecution by Herod. The people of Israel spent 40 years in the desert after fleeing repression. My faith in Christ is strengthened through the authenticity of identification with refugees, exiles, homeless, and the hope of a better future.

Have I worked all these complexities out? No! It is a continuous journey. But the more I work alongside those who have become homeless, and the injustices underlying, the more certain I am to keep on pressing forward into areas that benefit others above my own self-advancement. My, and our response should always be one of love to those in difficult situations.

If you have got this far in reading my blog, then well done. You are amazing!!! Thank you.

PrevPreviousHow does gambling affect family and friends?
NextA day in the life of a Housing Support WorkerNext